It already had its breakout when it broke over its 2011 high earlier this year.  With only one day left, May is likely to be the first month to not of dipped below it.  This is not to say it cannot come back down an retest it at some point.  But, it took awhile for the breakout to be confirmed.

While not the prettiest of SKYY holdings, it does seem to be worth some allocation if you are looking to park more cash.  It certainly has recovered well since Aug 2016. 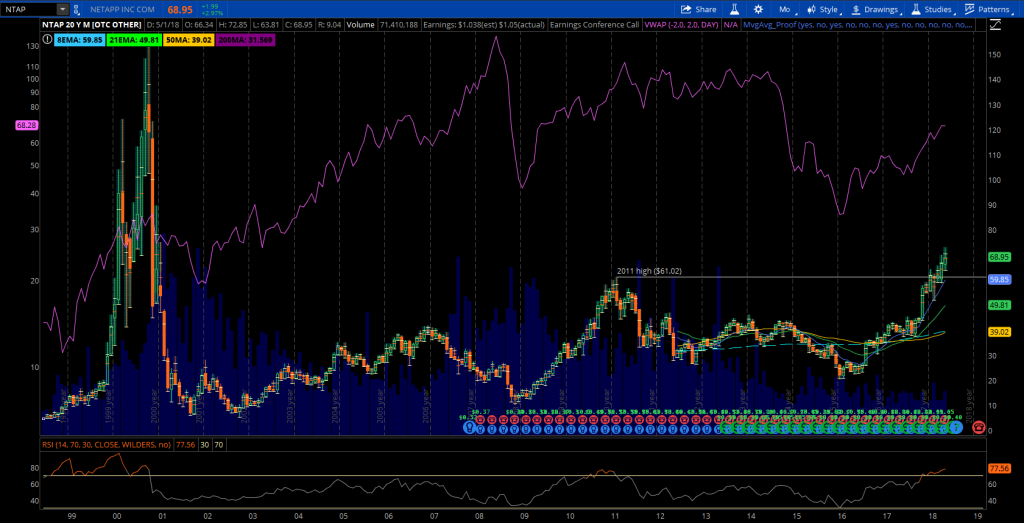